On January 8th, CIMVHR and the Department of Public Health Sciences at Queen's University co-hosted a public lecture by Dr. James Thompson titled The Complex Science of Suicide Prevention.

Dr. Thompson delivered his lecture to an audience filled with students, faculty, representatives from the Canadian Armed Forces, as well as many Veterans and members of the public. He began by discussing the prevalence of suicidal thoughts and behaviours in Canada’s military Veteran population. He then took the audience through various theories and frameworks and concluded by sharing how to move forward with this information, stressing the importance of a whole-of-community approach to suicide prevention. 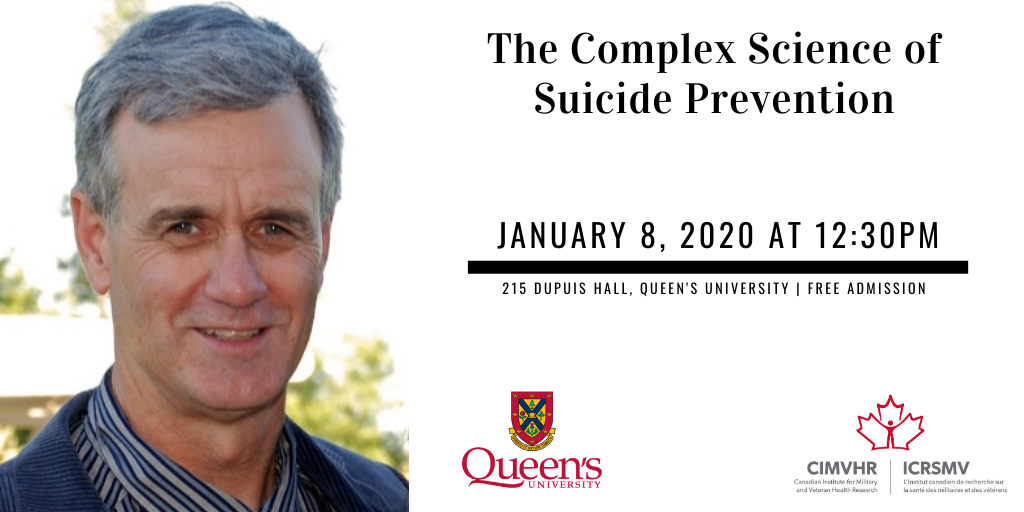